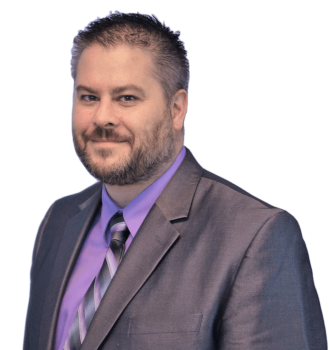 As a driver’s license appeal attorney, Joseph J. Blata has extensive experience in all facets of the restoration of driving privileges. This includes driver’s license appeals to the Secretary of State, secondary appeals to the circuit court, and interlock/BAIID violations. Interlock/BAIID violations include tampering/circumvent, rolling retests, and positive alcohol tests.

Attorney Blata has also been practicing criminal defense for his entire law career. In his criminal defense practice, Joe has handled a multitude of misdemeanor and felony cases. These include domestic violence and other assault crimes; possession of cocaine, fentanyl, and other drug crimes; and DUI/drunk driving cases of every type. He has been successful both at trial and in keeping charges off the permanent record of his clients. He also cares about his clients in a personal manner, helping where he can to make sure they do not repeat the mistakes of their past.

Joseph J. Blata was raised in the small town of Skidway Lake, Michigan by a middle-class family of blue-collar General Motors workers. After graduating from Whittemore-Prescott High School, he moved to Ann Arbor, Michigan, where he obtained a bachelor’s degree with a double major in English and Psychology. Not quite sure if he wanted to be a psychiatrist, attorney, or something else, Joe (or Joey to his longtime friends) entered the workforce in metro Detroit for 2 years.

Still unsatisfied, he attended Central Michigan University for 2 years, studying pre-medicine and enhancing his psychology degree. It was at this point he decided he wanted to be an attorney, so he obtained his Law Degree at Michigan State College of Law (though he is still a Wolverine at heart).

Outside of work, Joe enjoys golf, gaming, and spending time with friends and family. He also is the head of a memorial scholarship fund in the name of his sister who passed from breast cancer in 2015. The monies raised for this fund (100% of which goes to the fund- there are no administrative costs kept), go to assist a student from his home town as they pursue a nursing degree. This is to honor his sister, Tracy, who was one of the best hospice nurses around before she was taken away by her disease.

Joe also volunteers with the Rocky Mountain Elk Foundation (RMEF), which is a conservation organization focusing on bringing back the elk herd and land to Michigan.

Much of Joe’s success in family law, license appeals, and criminal defense, stems from his ability to understand human behavior and his no-nonsense approach. If you want an attorney who can delve into the deeper issues, and be upfront about them, then he is ready to help fight whatever legal battle you are facing.